To Permit or Not to Permit 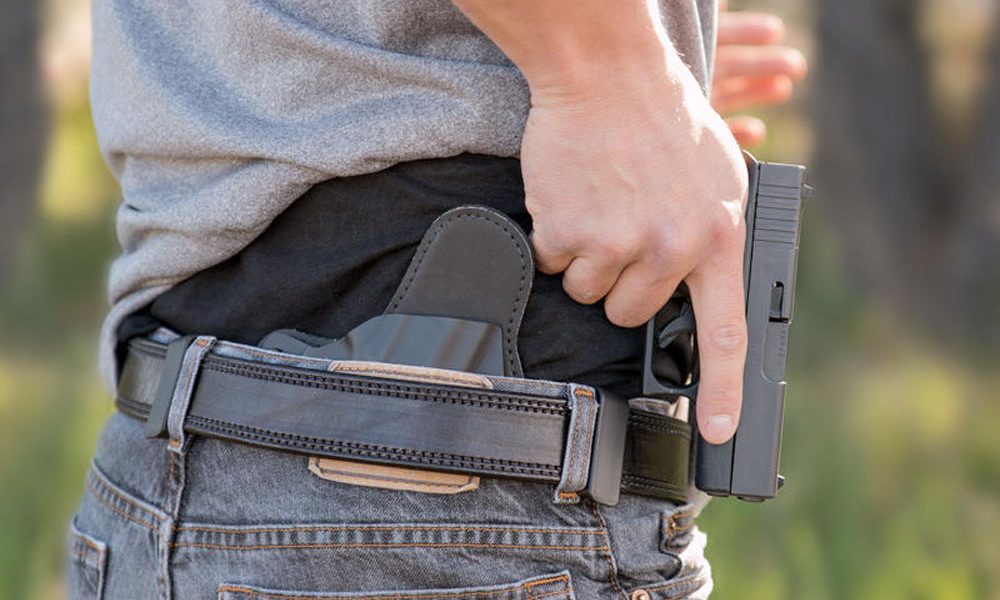 Hello Rainier Arms Nation. My question is, do you have a concealed carry license? Do you think it’s unnecessary to have a license these days? Is the 2nd Amendment your license? Before I get into my reasons why it’s a good idea “allow myself to introduce myself”. My name is Jim Lambert. I’m a lifelong Kansan who’s grown up hunting and shooting in the Sunflower State. I’m not sure where my passion for those things came from but nevertheless I was bitten by the bug at an early age. I’ve had varying interests in firearms during those years beginning with strictly hunting shotguns and rifles to eventually firearms geared toward defense of self, family and home. Since this post is about CCHL, I will stick to handguns this time.

I had many styles of handguns early in my adulthood, the mid 90s, but having grown up reading Jeff Cooper and Massad Ayoob articles in various magazines I knew the 1911 .45ACP was the only choice for me. Fast forward to March 2006, Kansas passed the Personal and Family Protection Act. I enrolled in the first class I could get in and spent a Saturday putting in my class time, taking the written test and shooting the 25 round qualification. A short 5-6 weeks later, after submitting my application, fingerprints and paying my fees an approval arrived in the mail. Bam! There I was, license in wallet and, by that time, a custom DL Sports 1911 in my holster.

A couple years later Kansas passed permitless open carry then in early 2015, permitless or Constitutional Carry was passed. So, at that point, if it is legal for someone to possess a handgun, it’s legal for them to carry a handgun concealed. Many people let their license lapse or just started carrying having never had a license. The card itself is not the issue however. The issue is people packing firearms without any knowledge of the laws pertaining to self defense. I’ve been teaching Kansas Concealed Carry class for about five years now. It’s amazing what misconceptions people have about the laws and concepts of defensive encounters. The concept of Ability, Opportunity and Jeopardy, is a basic principle of self defense. Do you know what it means and how to apply it in possible scenarios? If you took a class and didn’t learn about it then your instructor is at fault. If you did learn about it but don’t remember then you are at fault.

Feel free to be cavalier about the subject and have a “the 2nd Amendment is my permit” attitude. Just know if the day comes that you find yourself on a witness stand having to articulate why you didn’t bother taking a CCHL class or any other continuing education. Be prepared for any statements like that on social media to come back to haunt you. Every decision you make to prepare yourself up to the point you’re in a defensive situation can be called into question when you’re in court are being investigated. So to, can the decisions you didn’t make.

When it comes to these matters I live by the mantra “Train, Practice, Repeat’. I’ve changed a lot of my thoughts on what to do in preparation for the possibility. My 1911s largely stay in the safe these days. You’ll find me carrying one of a couple Glock 9mms (17 & 48) unless it’s Wednesday of course. I practice #Wheelgunwednesday so I carry a revolver on Humpdays. I realized shortly after I started carrying concealed that I didn’t know near enough to be a responsible armed member of a society. I took steps to increase my knowledge through continual education. It personally has brought me great satisfaction. I’ve found a career in a field I only dreamed of just a little over five years ago. I went from reading articles from a guy like Massad Ayoob to a student of his, an assistant range safety officer during one of his classes and then Chief RSO the last time he taught in this area. I have a mentor in Andy Padilla, the Director of Training, at Rainier Arms Firearms Academy who drives me to be a better trainer for our students, our members and our community. I’m not saying you have to do everything I’ve done by any means, I’m on my journey and you’re on yours. I’m going to leave you with a few yes/no questions. See how many can you say yes to.

Do you know when the law allows you to use deadly force?

If you use deadly force, do you know when to invoke your right to remain silent?

Do you know who will speak for you once you invoke it?

Can you draw your handgun from your preferred carry method and fire a shot in 2 seconds?

Do you think 2 seconds is fast enough?

Do you carry a round in the chamber?

Do you have a support system in place if you have to use deadly force?

Have you prepared yourself mentality to use deadly force?

Have you done anything to continue your training journey?

Do you practice enough?

Those are 10 basic questions. Now, ask yourself this.

How many yes answers do you want everyone else that carries a concealed handgun to have?