What it’s like being a Asian in the Gun Business 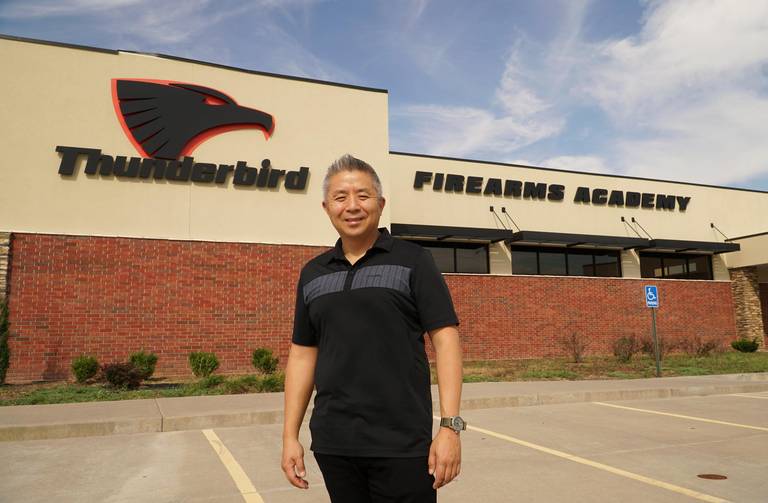 I’ve always had a passion in firearms, maybe because I’m a dude, or maybe because I enjoy “danger”.  As you can probably imaging, I have a similar interest in other dangerous hobbies, fast cars, fast motorcycles and fast women. (Okay, I only kid about fast women as I’ve been married to the same quiet gal for the last 26 years).  But if it’s fast, loud or dangerous, I love it. 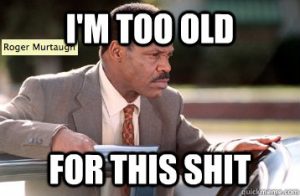 My very first firearm was a Smith and Wesson 6909 9mm pistol soon after my 21st birthday. I have fond memories of taking the pistol apart over again and again, cleaning it whether it needed it or not.  Soon after my new found love, I found another pistol I couldn’t live without after watching Mel Gibson in Lethal Weapon.  Anyone who grew up in my generation will know exactly what gun I’m talking about, the Beretta 92F.  It was an iconic pistol of our era.  It’s kinda sad to think that I’m older than Roger Murtaugh who coined the famous phrase, “I’m too old for this shit”.  Roger didn’t trust any high speed semi auto pistol that shot of 15 rounds between reloads, he had his trusty wheel gun.

In 2004 when the 10 year assault weapons ban was being lifted and you could make AR15s cool again, I was determined to get myself an AR15 with a bayonet lug and flash hider.  The joy of firearms started to return in full force and I spent every dime and every extra minute with the AR15 platform.  By this time, I was married and had 2 children so there wasn’t much disposable income.   Having seen my parents run a small business all my life, I was fortunate to know a little business lingo.  I called Rock River Arms and asked if I could get setup as a dealer.  They informed me I needed a business license and be able to buy their minimum buy-in.  Surprisingly, the buy-in was much lower than I thought.  So a few days later, after I filed for a business license I called back, and bought 5 (five) AR15 uppers.  I sold 4 to my friends and essentially got to keep mine for free.  What a deal!  Could I do this with other parts I wanted?  Let’s give it a try!

Needless to say, after I had enough money to build a couple of free rifles, I was hooked.  I kept doing the same thing over and over again and thought wow, I could actually turn this hobby into a business.  In the early days, there were very few Asians in the gun business.  I remember the first few SHOT shows where I would go up to a manufacturer (which I won’t name) and ask, can I see that new wiz bang gizmo?  Many were very leary of showing me anything.  One in particular took the part I was looking at out of my hands and put it behind the counter.  Come to find out, there were so many Asians that would come to SHOT, take photos, measurements, etc just to make a copy overseas.  No wonder I was getting the cold shoulder.  If I was a manufacturer, I would be a little nervous too.  It took several years for me to make a name for myself and for the longest time, I didn’t let on to anyone that Rainier Arms was owned by an Asian.  I didn’t use my last name in emails, I didn’t take any photos of myself or publish anything that could expose my race, I didn’t do any interviews (not that anyone was asking for them back in those days) or anything else that could get me kicked out of the good ole boy network.   Over a few years, I met a few Asian American’s in our industry.  They too were keeping it down low, and trying to blend in.  The best thing about the internet business is it’s color blind.  They don’t care if you are yellow, black, pink, fat, rich, poor, old, young, or ugly….it’s the great equalizer.  If you can provide a better service, better product, better pricing, you can win.  One of first guys real successful Asians was “Joe” from SKD Tactical.  I was so surprised because he was one of the elite shops in our industry and he happened to also be Korean.  Holy, could I be successful as Joe someday?  I started to dream bigger!  Looking back, it’s quite funny because I didn’t really fit in with “White America” and among friends and family, I was known as a “red-neck” Korean and was an outcast there too.  Also, being a pastor’s son who sold “assault weapons” was also a rub to our family name.

Fast forward to today, there are many successful Asian business owners in the gun business.  Some are retailers like Roy from Weapon Outfitters, others are manufacturers like Shane at Multitasker, Jeff at Griffon Industries, Jayden at VG6 Precision, and some are major blog writers like Eric at Pew Pew Tactical just to name a few.  Not to mention all the up and coming social media influencers.  Today, you can’t go anywhere and not run into an Asian buddy in the business.

As we roll into 2020, our country, and especially our industry has become more colorblind and I’m truly thankful I’m no longer on the outside looking in and treated as “one of the guys”.   As many of you know, we are continuously expanding into international business, and have moved our warehouse to Wichita and was blessed enough to get into the gun range business.   These are very nervous times as I wonder if I bit off more than I can chew.  It brings back so many memories of how I got started in the industry.  What gives me peace is knowing everything I have is God’s.  If I do great, it’s his, if I fail, it’s his.  As long as I try my best and I try my best to honor Him, that’s all I can do.  Just knowing this fact gives me peace as we wander into the unknown future.

The future looks bright.  It surprises me to think not that I’m Asian but that I’m one of the older guys getting ready to pass the baton to younger and hungrier entrepreneurs coming up.  How did 16 years go by so quickly?  What I want to tell young entrepreneurs, No matter what ethnicity, you have a shot to make it in this business.  Work hard, believe anything is possible, treat and serve as people better than you expect to be treated.

I’m certain in the next 5-10 years, I can look back on this transitional time with joy!  Much blessings to you all in 2020.